Trading Rule #1: Use the Risk-Reward Ratio Trading is tough. Actually, trading as a retail investor is almost impossible. Only 1% of traders make money doing it in the long run, and the majority lose it all.

Here at the Daily Profit Machine, we’ve separated ourselves from the 99% of retail investors in several ways. Mainly, we’re different because we have a proven system which incorporates trading rules our members live by.

Trading Rule #1: Use the Risk-Reward Ratio

This straightforward formula does several critical things way before a potential trade is even considered. In a nutshell, the risk-reward ratio, and the portfolio model we send our members quantifies the expected success against the possible failure of a new potential position.

Once calculated, you can quickly evaluate a trade. For example, a risk-reward ratio of 4.0x is a better trade to go with than one of 3.2x.

So what does a trader get from the risk-reward ratio?

How do we calculate the risk-reward ratio?

Let’s look a recent example where we locked in 30% profit in 25 days with $GGB.

To start, the calculation is quite simple:

Anything over 2.0x is a good trade. The higher above that, the better.

The risk-reward ratio is just one of the rules making up the foundation of the Daily Profit Machine. Start using it and you might find yourself one step closer to the 1% of retail investors making it in the long run.

For an even faster way to become one of the 1%, click here to sign up for my new swing trade alert system with an overall inception to date return above 90%. – the Daily Profit Machine. 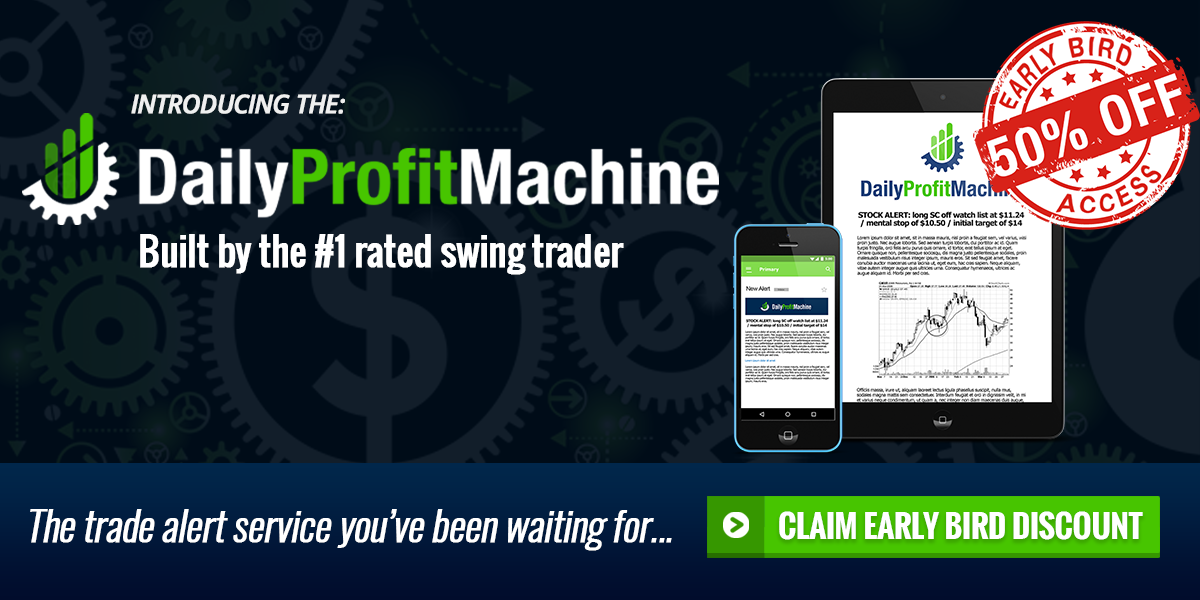 Kyle Fisher is the founder of the #1-rated swing trading alert service, K Capital, as well as Daily Profit Machine - the swing trading alert service featuring an algorithm which has consistently beaten the market with double digit, verified returns since inception. Kyle has his MBA, with a specialty in finance, from one of the nation’s leading universities, and has passed Level I of the Chartered Financial Analyst curriculum. He emphasizes full transparency and honesty in his products, having been voted 4 or more stars out of 5 by independent services such as TradingSchools and Investimonials.